I’m often asked “Why did you start your own business?”

Well, the answer is “I don’t know – it happened accidentally!”

Now I don’t mean that to sound flippant because it was always a dream to teach Pilates (and be a Physio). But I never had a “Business Plan”  or a specific “Business Model”.

And don’t get me wrong, I have to pinch myself on a regular basis when I see how far I’ve come with my business. It’s not been an easy journey or an overnight success but a labour of love and a strong belief that Physiotherapy and Pilates works.

So why did I end up on this path? Here’s my story (I’ll try and keep it brief!)

When I Grow Up I want to be a Physiotherapist

From the moment I was given a toy stethoscope and a nurses outfit (for my 5th birthday) I just knew I would end up in a caring / medical profession. A nurse was the obvious choice until someone (my Dad) suggested I did something that was paid better (!) Why don’t you become a Physiotherapist? So that was it – I told everyone that would listen I was going to be a Physiotherapist (not one clue what they did – it just sounded fancy). 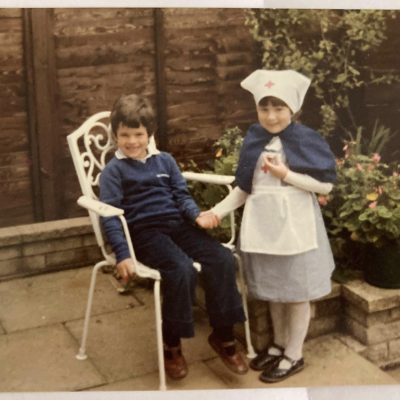 About a year later I went with my Mum to visit a Great Aunt Ada in hospital. Now I know you’ll find this hard to believe, but I was being a little madam and frying my Mum’s head. As it happened, the Physio was on the ward at the time and offered to take me off Mum’s hands for a bit so she could chat to Ada. So off I went with that Physio, who has absolutely no idea the influence she had on the rest of my life. She took me round the whole hospital and showed me all the different areas Physios worked in. Well… …how cool was that? I was hooked and from then on there was no turning me.

Fast forward to A levels – my place at Uni was resting on me achieving 3Bs but……..I got ABC (in the 3 sciences I might add, oh and a B at AS Level Maths). Unfortunately I didn’t get a place. A huge decision was in front of me – take up a Biomedical Science slot or repeat my Physics (the C) and follow my dream. I really wanted to go to Uni as ALL my friends were going BUT I wanted to be Physiotherapist more. Hence an extra year, repeating my Physics (I got an A next time, by the way) But more importantly a year to grow up, a chance to volunteer and to work in the “big bad” world. In 2000 I graduated and started as a (very green) Junior Physio at the Royal Victoria Hospital, Belfast. 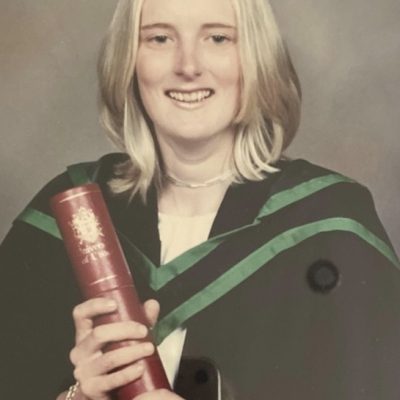 At the age of 17 I read an article in a magazine (probably Just 17!) about Pilates and how it was the latest celebrity fad – Madonna was doing it so clearly it was a must do. I bought a VHS video and got to it. It caught my interest but I soon realised I need more. I went to a class and left thinking “I haven’t a baldy notion what I’m doing” But I felt better. So I stuck at it.

Incurable Disease – what the France?

When I went to Uni, my first year (1996), I was diagnosed with Crohn’s Disease. (If you want the details  – just ask!) I spent the rest of my Physio Degree (4 years) on strong medication and in / out of hospital to get on top of this incurable disease. I graduated then had a huge flare up that landed me in hospital for a month, not ideal as I was 3 weeks into my first job (was it final year stress or just bad timing?). Liquid diets, high dose steroids, nothing worked, so a year later I had major abdominal surgery to remove the diseased section of my bowel.

I was still doing Pilates and boy did it help. Pilates kept me moving, gave me time for me and was key in my recovery from major bowel surgery.

The After Uni Life

A few short weeks after I graduated I took up my first ever Physio job at RVH Belfast (July 2000). About a year later I moved to work in Out Patient Physio at the Waveney in Ballymena. It was a bit closer to home and as I’d had a rough year health wise I realised the benefit of less travelling and on call commitments. Since then I have worked in a wide variety of positions as a Specialist Physio including both NHS, Government and Private organisations. My speciality being MSK (Musculoskeletal) Physiotherapy and over recent years Women’s Health MSK.

I’ve always had a love for Pilates and an interest in it’s benefits, having experienced them for myself (I also researched them as part of my degree – a true Pilates nerd) so it was a natural progression to train as a Pilates Instructor. I achieved my full Pilates certification in 2007 and began teaching classes as a hobby and using it as an adjunct to physiotherapy treatments.

In 2009 I established what we now know as North Coast Pilates & Physiotherapy. It was called Equilibrium Pilates NI. I like to think of these days like my Pilates Nomad days. I travelled round with the car full of mats and equipment. Teaching in Primary School halls, Community Centres and various other locations, Ballymena, Kilrea, Coleraine etc. 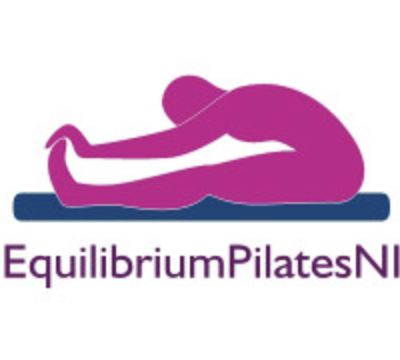 Basing myself more in the Coleraine & North Coast area (the call of home is strong) and after getting married (2010) I renamed the business to North Coast Pilates. 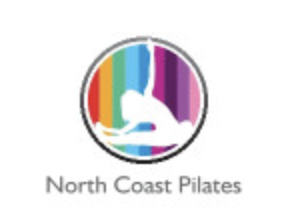 I continued to personally reap the benefits of Pilates being fortunate enough to teach during both of my pregnancies. Pilates was vital in keeping me fit and healthy during pregnancy and even more so in my post natal recovery. 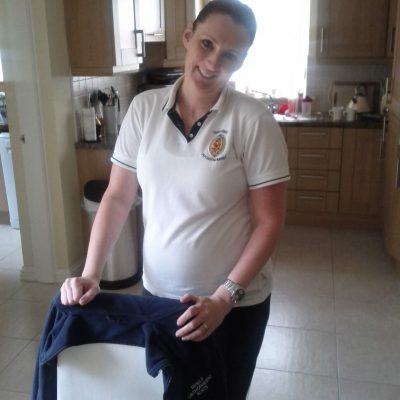 At a cross roads in my career (having narrowly missed out on a promotion in the NHS) and with a growing client base, I decided to open my first studio in 2014.  This was based within a larger gym complex, some clever renovations of 3 store areas, a logo refresh and the addition of Physio treatment room and North Coast Pilates & Physiotherapy was go! 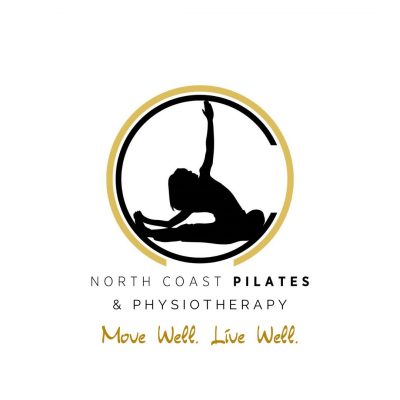 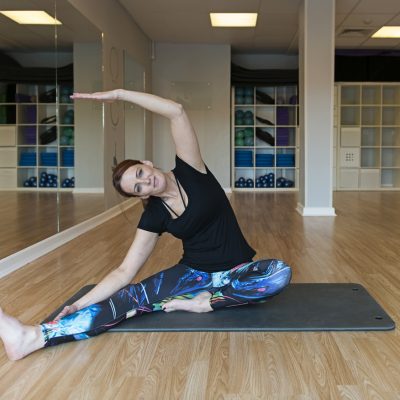 Reinvesting everything, I was able to further expand and take over another room within the gym to open the first Reformer studio in the area. And (wait for it) after 17 years working for the NHS (albeit part time in the latter years) I was able to leave and step fully into the world of business owner and self employment at the end of March 2017. 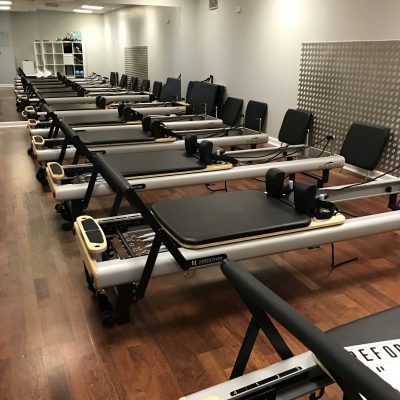 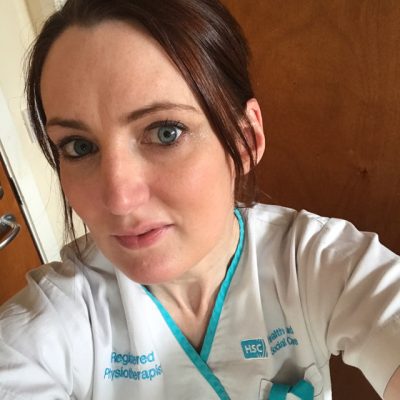 Sept 2017 saw a major move – into stand alone premises with a shared Mat / Reformer studio and Physiotherapy treatment area. Rapidly outgrowing the space a dedicated Reformer Studio and further physio room was added 6 months later. NCPP was thriving and we were building a real sense of community. 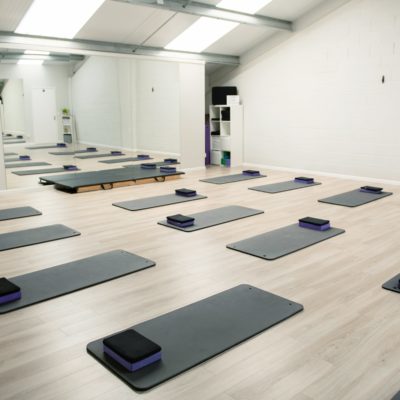 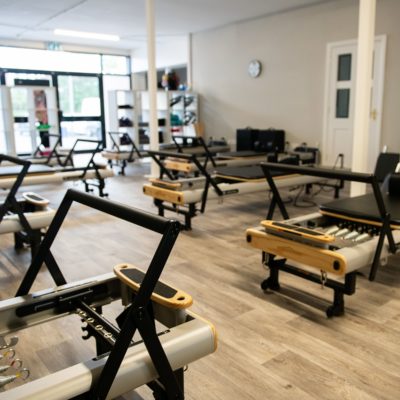 During this time I was honoured to be a finalist in some local awards: 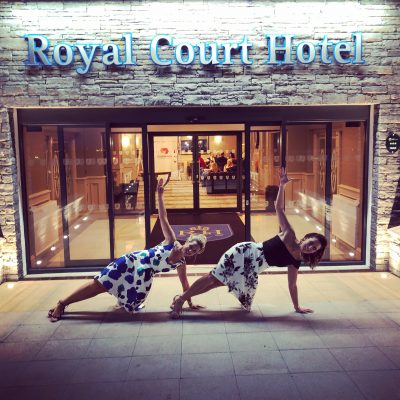 Covid…..(turn the negatives in to a positive- we’ve come too far to give up now)

Tough decisions had to be made and with a huge pivot in the business model North Coast Pilates & Physiotherapy went online! Although continuing to offer Face to face Physiotherapy under strict guidelines, virtual Physiotherapy was implemented, and all of the classes were provided by Pre-recorded Video via an On Demand Channel. Offering clients the opportunity to continue exercising at home. 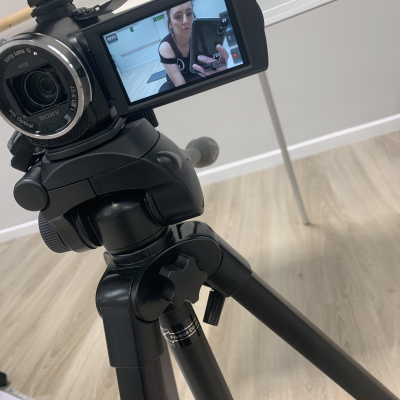 The pandemic delivered a once in a life time opportunity to move forward and turn the negatives into a positive and the chance to move to the next level. New premises were found and a huge renovation project was started in September 2020 to relocate NCPP to it’s forever home at Somerset Road, Coleraine. Brave or stupid? But it’s how you know us now! 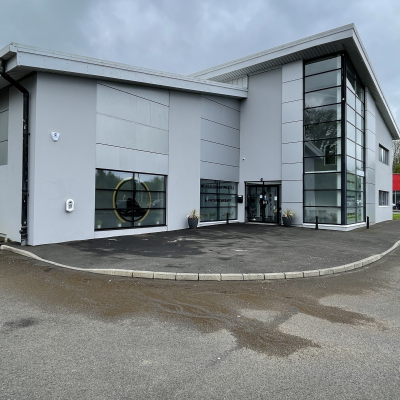 I now have the premises of DREAMS!  Two large, modern Pilates studios, a fully equipped rehabilitation gym and a dedicated Physiotherapy clinic area. Even though I do say so myself – the facilities are second to none. Our Mat studio is a bright, calming, modern space with large windows. The gym has top of the range equipment for Physio rehabilitation including a treadmill, half Cadillac and a Watt Bike. Our Reformer studio houses 11 state of the art Peak Pilates Reformers and one of the largest Reformer studios on the island of Ireland. The Clinic area has two rooms finished to the highest standard for client comfort and privacy.

And winning the Causeway Chamber Small Business of the Year (for the second time) in 2021 was just such a surprise and a HUGE achievement being up against so many other amazing local business who had weathered the covid storm. 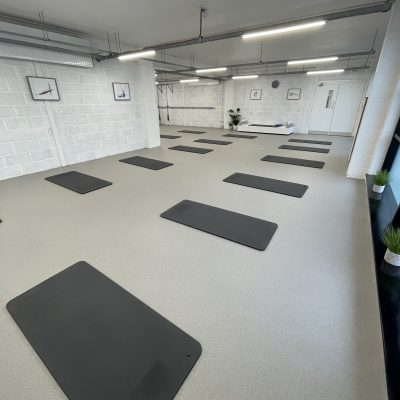 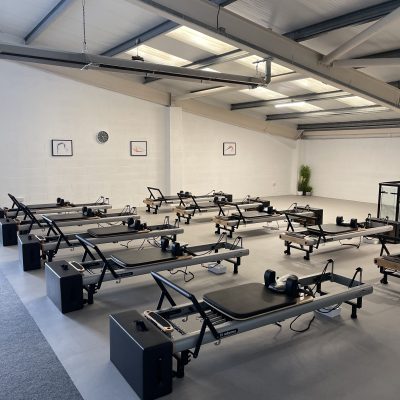 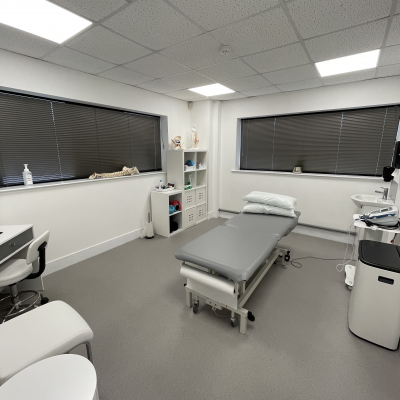 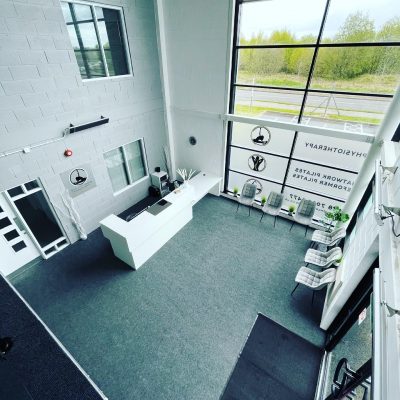 The rest, as they say, is history!

So, that’s how I accidentally became a Business Owner, even now a term I find (to be honest) a bit ick. But here I am, still loving doing what I do. I’ve wanted to be a physio for as long as I can remember ( the best part of 40 years) and Pilates has seen me though  all of my adult life. I feel very lucky to have found something I am so passionate about and have been able to turn it into my way to earn a living. A firm belief that physio works and Pilates can be for all. I have the best team of physios working alongside me and the most supportive family (and patient husband!). And our NCPP clients who are just the best and without whom NCPP simply wouldn’t exist.

Who knows what the future holds!? What curve balls will come our way but that’s life and it’s for living. Bring it on! 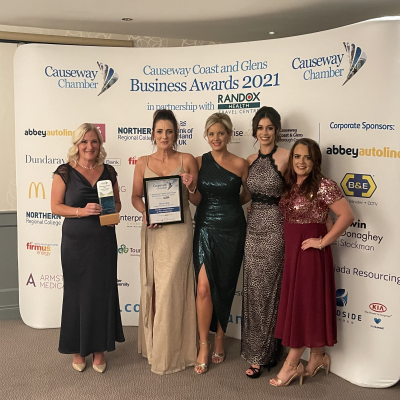 The APPI Pilates Certification Process – it’s not a walk in the park!

All of our instructors are Chartered Physiotherapists trained in the APPI method of Pilates. The APPI – The Australian Physiotherapy and Pilates Institute – is a global organisation founded by two Physiotherapists who modified the application of Pilates principles, and is now practiced around the world.

Our Pilates qualification requires that we have a Physiotherapy (or equivalent healthcare profession) degree before we can undertake the training. Then there is a rigorous evaluation and examination process to achieve full certification in APPI Pilates.

Our instructors are all registered with the Health and Care Professions Council and have been chosen specifically for their APPI qualification.

As Physiotherapists, we have expertise in managing a wide range of muscle, joint, orthopaedic, and neurological problems. We also have a shared passion and love for Pilates and are dedicated to providing the highest quality of instruction. We will use our clinical expertise to modify the various Pilates movements to tailor to each individuals’ specific medical requirements. Strict limits to numbers of participants in each class ensure meticulous attention to detail and specialist individual instruction, enhancing the benefits of your session.

We consider this to be the Gold standard of Pilates but most of all it is safe, effective and fun! 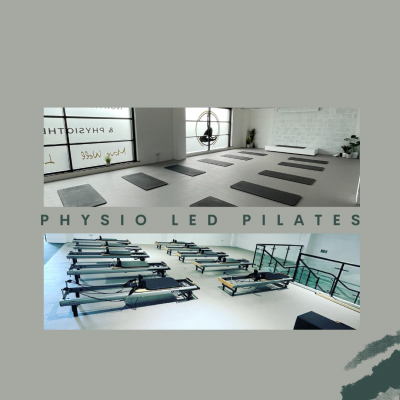 Why should YOU choose a Physio Led Pilates Class? As Physiotherapists we... 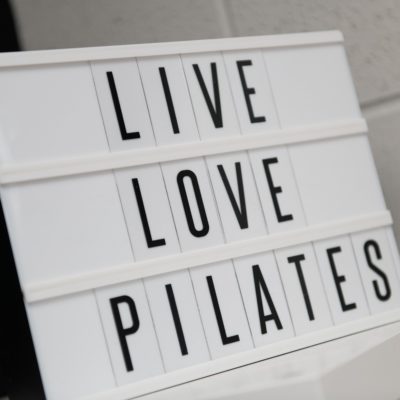 There is no substitute for learning first hand from a good Pilates... 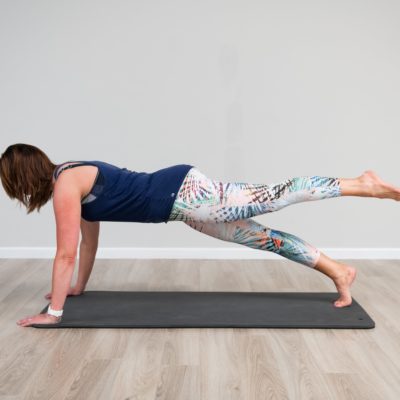 Pilates is a method of exercise that consists of low-impact flexibility and...

LEARN AT YOUR LEISURE

KEEP UP TO DATE